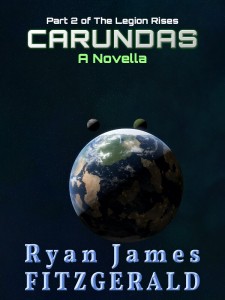 About the Book:
In second part of The Legion Rises, after their encounter with the Legion, the survivors of the fated crash landing of the Starship Mathias set off to free their shipmates from the hands of the tyrant orc warlord Carundas. They only have one problem: according to the elf Yerreal’s contact, no such warlord exists.

Includes a preview of The Machine (Book 3 of The Legion Rises).